Lavigne was married to the band’s lead vocalist, Chad Kroeger, for two years before they split in 2015.

In her letter to Zuckerberg, Lavigne writes that his jab at Nickleback was in poor taste and that he should be more responsible with promoting bullying. 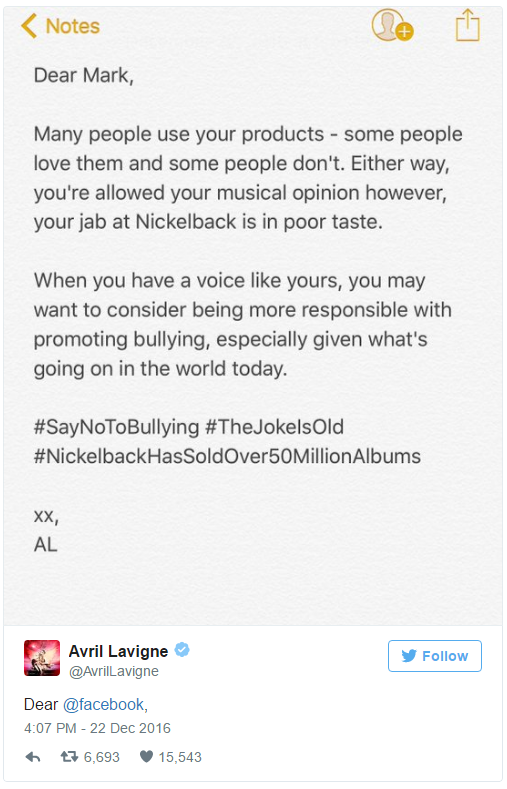 The Nickelback jab starts at around the 1 minute and 13 seconds mark.

‘Good. That was actually a test.‘ said Zuckerberg.