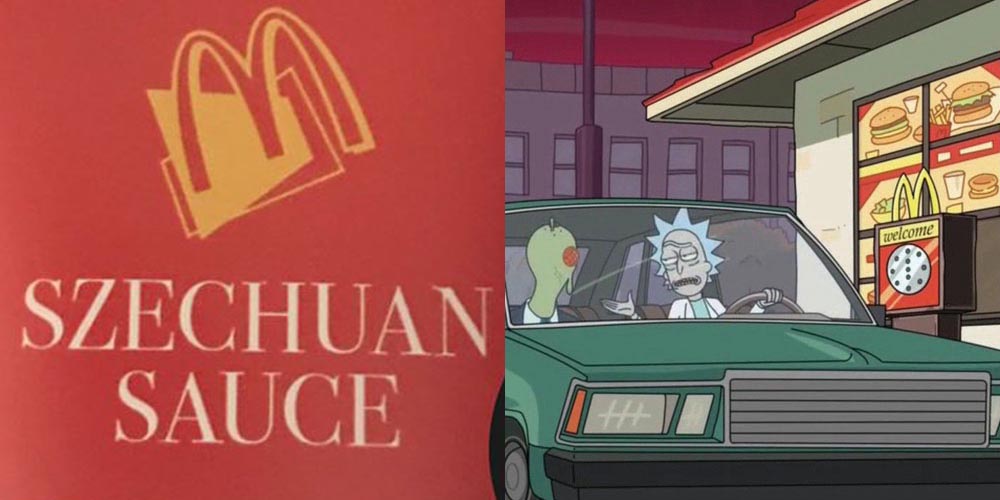 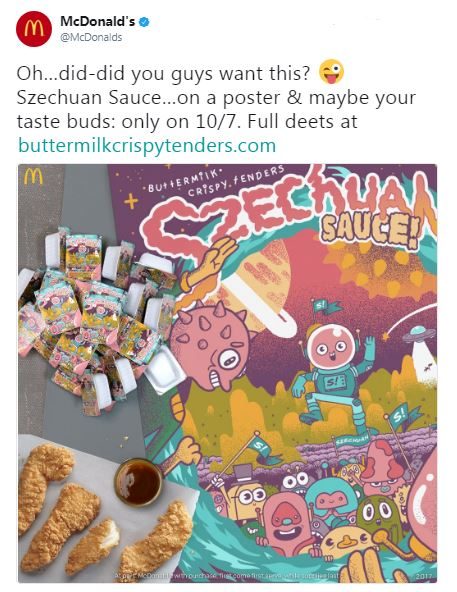 The popular fast food chain announces that they will be bringing their “Szechuan Sauce” back on October 7th.

Co-creator had also tweeted how McDonald’s had sent him a bottle of their Szechuan sauce. McDonald’s then announced that they would be bringing back the sauce for a one day promotion at participating locations. 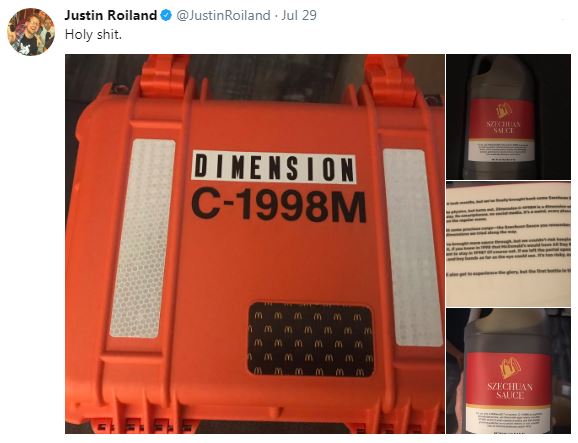 Co-creator of Rick and Morty tweeted the Szechuan sauce sent from McDonald’s.

McDonald’s had sent 20 packets of the “Rick and Morty” Szechuan sauce to each fast food chain across the nation. Some fans even camped out all night in hopes to try to rare condiment while some used it to their advantage to make money off of Ebay.

Earlier today, Sunday, McDonald’s announced that, “Szechuan sauce will be coming back once again this winter” according to their social media profile. Not only are they bringing the popular sauce back but they’re supplying it for more than a one day promotion at all locations nationwide. 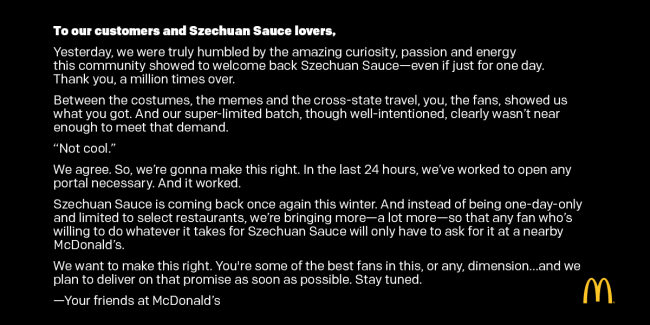 McDonald’s issued an apology and confirmed they will be bringing the rare condiment back.