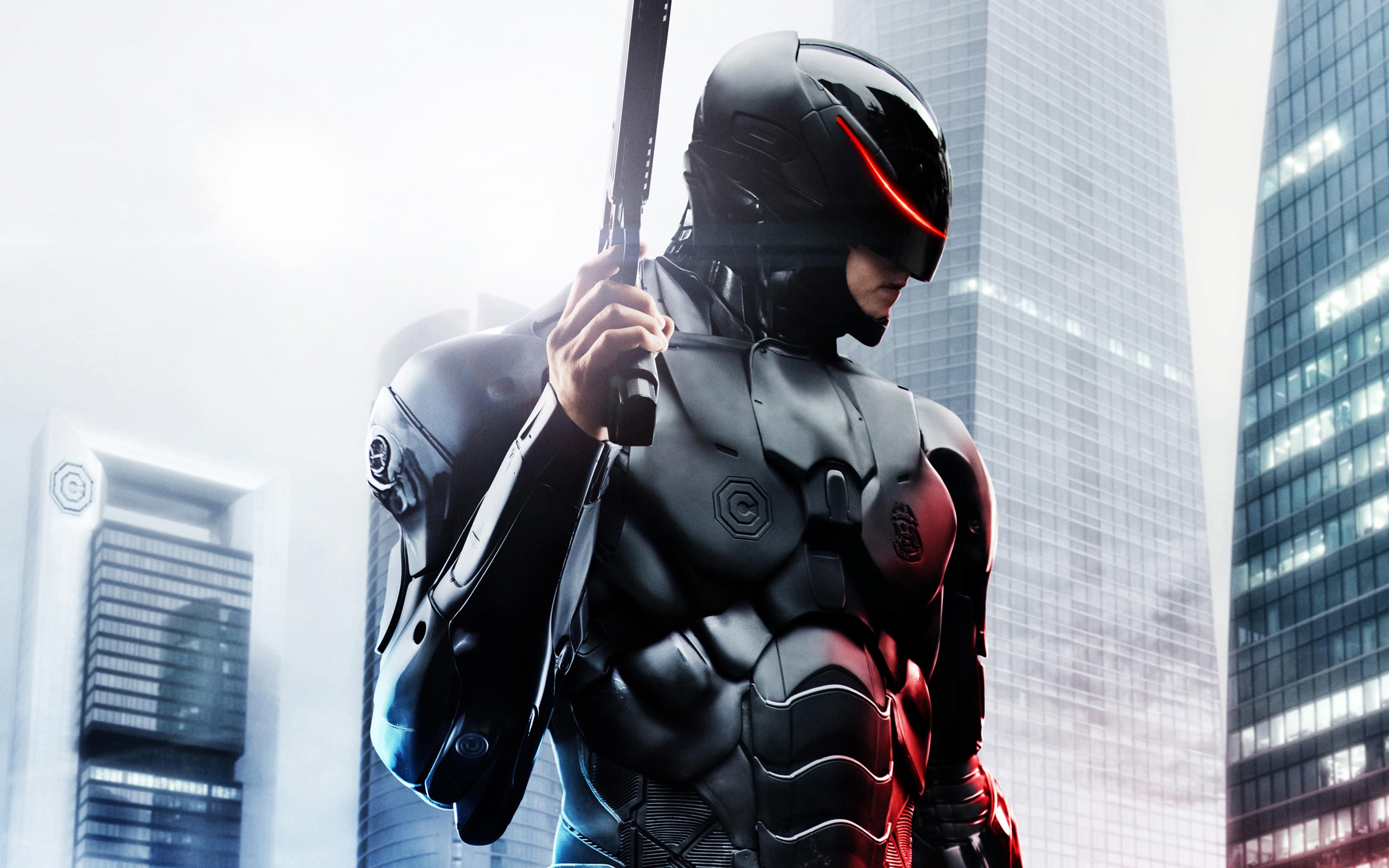 Part man, part machine, all hero. Robocop has been resurrected by director José Padilha, and actor Joel Kinnaman. It’s 2028, and Detroit is filled with crime and corruption, in addition to an overwhelming overlap of reality with technology. Alex Murphy is one of the good cops on the block that does what’s right in a world that’s lost what that meant, and a tragic murder attempt transforms him into the technological tin man that we grew up cheering for.

Director Padilha has a new take on the man made of metal, and it’s rather entertaining. There’s more of a political scope in this version of Robocop, and the script also delves into the tragedy of being not quite there. The action is very in your face, with accurately devastating gun fights that leave the sound of the chaos ringing with every blast. Robocop is also much more mobile, and naturally more technologically savvy.

Joel Kinnaman makes for a fine Alex Murphy, but even a better Robocop. He plays it straight as Robocop very well, but when he struggles to bleed through with his human side, he puts us in his big metal shoes and makes it relative. There’s a fire in his eyes that makes Kinnaman easy to cheer for when he’s serving justice with bullets, especially when he delivers the line “dead or alive, you’re coming with me.” Veterans like Gary Oldman, and Michael Keaton also help keep this movie afloat, as their interactions with Robocop make him more of a complete character.

Overall, Robocop hits its mark. We get to view the makings of a hero, and the consequences playing technology God . It’s definitely not better than the original, but it shoots to kill.

If you’re watching this film, and love the original Robocop, that good be a good or bad thing. Comparing the two films is hard to avoid. Peter Weller will always be Robocop to many, but Kinnaman does do a solid job.

As Alex Murphy, Kinnaman does seem a bit off, one could even say he forces his way in the other direction from where Weller took Murphy’s character. The other actors are also solid in their roles, but they don’t stand out enough to get this movie past solid. Samuel L. Jackson’s character was just unnecessary, and at times annoying.

There are quite a few big themes that Robocop touches upon, but never really explores in a significant way. By the time the credits roll, the film feels solid, but that’s about it.