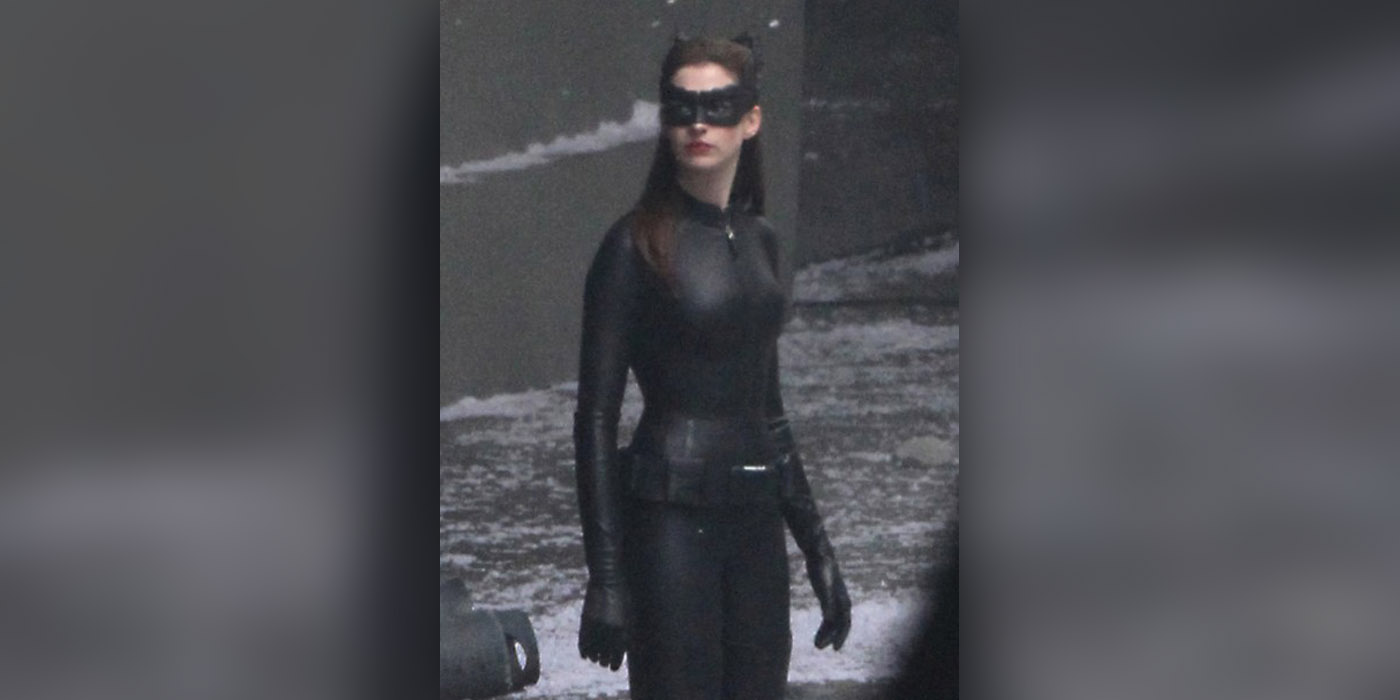 It seems as though there won’t be too many surprises for the Dark Knight Rises because everywhere you look on the Internet you’ll find production photos and information about the film. The most recent photos are of Anne Hathaway in the full-on Cat Woman costume.

So far fanboys have been complaining about this and that about the Dark Knight Rises, saying that Tom Hardy looks too small compared to Christian Bale, there’s “hammy” dialogue in the trailer, the bat-wing looking like an insect, and so forth. Now there’s something new to complaint about, but this time I think it’s a reasonable complaint: Hathaway’s costume.

Hathaway’s costume isn’t too impressive. From the neck down, there’s nothing really wrong, but the mask and ears look like something from Hot Topic. The costume that Michelle Pfeiffer wore in Batman Returns still takes the cake, looks-wise at least. Let’s hope her performance will make-up for the costume.