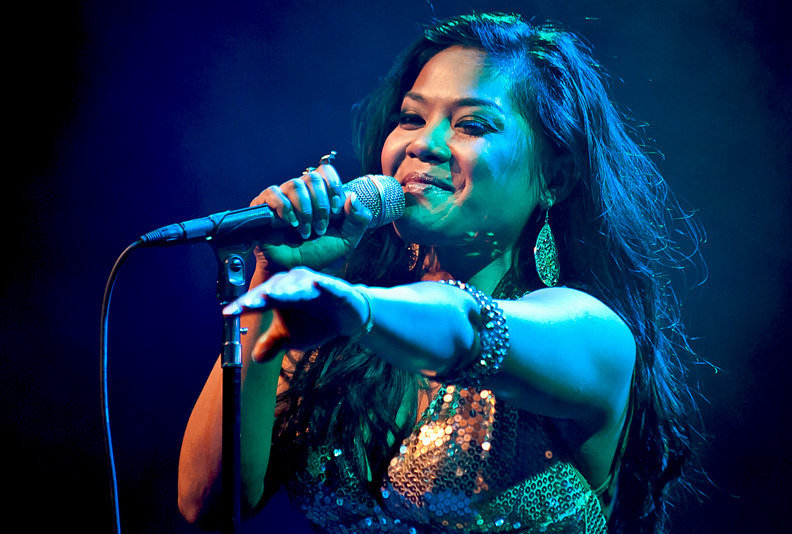 Chhom Nimol is the lead singer of a Cambodian psychedelic rock band, “Dengue Fever”. Nimol was born in Battambang, Cambodia where her family once lived before fleeing their village to settle at a refugee camp on the border of Thailand during the Khmer Rouge regime. Nimol moved to North America in 2001, she now resides in Long Beach, California, United States where she focuses on touring and composing new music with her band.